IRAS clears air on tax rebate; most landlords to pass on rebates 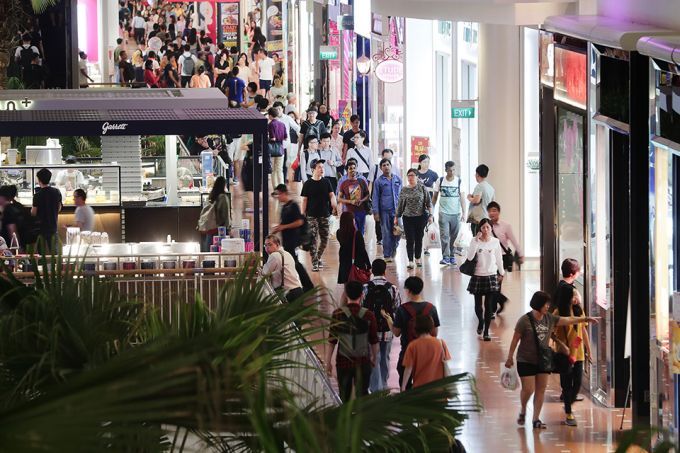 But some tenants say the rebates do not translate to princely savings; one cited figure of 18% on a month's rent

ALL types of shops, including those in mixed-use developments, will qualify for the property tax rebate for landlords, says the Inland Revenue Authority of Singapore (IRAS).

In its updated e-tax guidelines posted on Tuesday, the agency stated that commercial properties, including shops, restaurants and cinemas, are eligible for the 15 per cent property tax rebate, even if they are located in office buildings.

Offices do not qualify for the rebate, be they in an office building or retail mall.

But even with the key uncertainty now made clear, it remains to be seen whether landlords will adjust their stance on translating the rebate into rental relief for tenants.

Mall operators such as Lendlease, Frasers Property, City Developments Limited (CDL) and Perennial Real Estate Holdings have been understood to have been waiting for details on how their properties qualify for the property tax rebate.

On Wednesday, Lendlease reiterated to The Business Times that it will pass on the savings to tenants, but did not specify whether this would take the form of rental rebates. It did, however, suggest that options at its disposal include flexible-payment schemes, rental rebates and converting security deposits to banker's guarantees.

CapitaLand and APM Property Management are keeping to their earlier commitments.

SPH Reit declined to comment beyond its announcement in February, when it had said it would pass on the property tax rebate to its tenants (though it did not specify then the form it would take).

The manager of SPH Reit is wholly owned by Singapore Press Holdings, which publishes BT.

Wheelock Properties (Singapore) and Mapletree Commercial Trust - which previously stuck to its February announcement - did not reply.

Among the landlords which gave updates on their measures was YTL Starhill Global Reit Management Limited, which said it would fully pass on the property tax rebate to its relevant retail tenants in office spaces, in line with the updated IRAS guidelines."

Mercatus Co-operative Limited, NTUC Enterprise's real estate arm, said it is "encouraged" that the rebate covers all tenants and that it will pass on the rebate, on top of rental relief it is extending to tenants. The landlord started reaching out to eligible tenants last week.

Perennial said it is standing by its earlier commitment to pass on the full property tax rebate to qualifying tenants. "We continue to monitor the sales of our tenants and are prepared to even top up further rebates to support the harder-hit tenants to tide them over this challenging period," it added.

Frasers Property is passing on the property tax rebate in the form of credit notes, which can be used to offset rental payments. It informed the first batch of tenants of this last Friday, and will do so for the second batch this Friday.

CDL said it has already informed tenants of its support initiatives, including rental rebates on a selected basis, and flexible rental payments.

Some tenants have commented that the property tax rebate does not translate into princely savings for them. Yankee Candle retailer Pure Senses said that the rebate works out to savings of 18 per cent on a month's rent for its 12 stores in total.

Some other tenants report that landlords have also acted behind the scenes to offer rental relief above the property tax rebate.

One restaurateur received a verbal offer from Far East Organization to charge rent based solely on a percentage of gross turnover if there's a "serious drop" in sales. This would be "even better" than receiving rental rebates, the person said, adding that other tenants had received similar offers.

Another F&B player said SPH Reit is giving rebates for February and March to the tune of 15 per cent or more off monthly rental.

Rental relief aside, marketing and promotions by AsiaMalls, now owned by Frasers, have also helped to bring in more customers, said Janice Lee, assistant director of administration at Sushi Tei; she added that she hopes that landlords would lend more support.