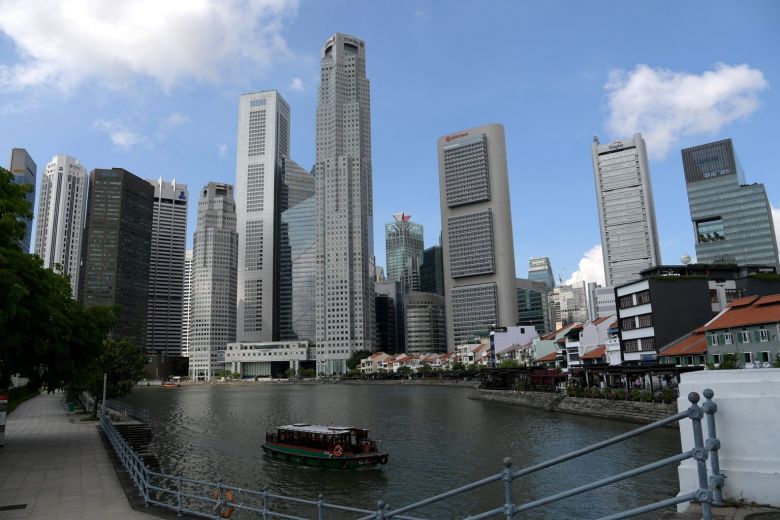 Singapore is the No. 2 real estate investment market in the Asia-Pacific as its office sector rebounds on rising rents and demand from technology firms and co-working office space operators.

This is according to the 2019 Emerging Trends in Real Estate Asia Pacific report published jointly by the Urban Land Institute (ULI) and PwC and released yesterday.

Singapore's ranking is one rung up from third place in last year's report and a dramatic improvement from 21st place in the 2016 report.

"Office rents had slumped in 2015, but they bottomed in 2017, and with little new supply coming in, they rose further this year, up almost a 15 per cent year-on-year by July. With supply tight, there's probably more rental growth to come," said Mr Colin Galloway, vice-president for content at ULI Asia Pacific.

Singapore's pro-business environment and the growth in demand for hosting data in a cloud also made it an attractive market for data centres - an alternative asset class with higher yields, said Mr Yeow Chee Keong, real estate and hospitality leader at PwC Singapore.

Previously shunned by investors as being too specialist, data centres have gained favour in recent years.

"Debate continues as to where they fit in an investment portfolio (as infrastructure, tech, or real estate). But the returns on offer have eroded these concerns. The 'big four' markets for data centres so far are Singapore, Tokyo, Hong Kong and Sydney," the report said.

But a fund manager cited in the report warned of "over bullishness" in the office sector as 2019 could be a challenging year for the Singapore economy and as new supply is expected in 2020 and 2021.

Solid economic growth and high visitor numbers have supported rents and yields for prime retail space this year after years of poor performance as Singapore landlords struggled to adapt to new models of retailing.

For the residential market, the outlook for the next 12 months is clouded as developers and home buyers have turned cautious after the latest round of cooling measures on July 6.

The logistics market continues to be plagued by oversupply, which has capped rental growth.

But rents are seen to improve slightly next year as excess space is starting to be taken up, the report said.

Meanwhile, Singapore is also the largest source of Asia-Pacific outbound investment in the first half of this year, with US$9.06 billion (S$12.5 billion) of capital deployed, it said, citing CBRE data.

Starved of yield and opportunities at home, Singapore developers and real estate investment trusts (Reits) have been investing in Australia, South-east Asia and Europe.

Europe was the favoured destination for Singapore capital in the first half of 2018, according to CBRE, with US$3.4 billion of investment.

London was the destination for as much as 26 per cent of Asian outbound capital in the first half of this year, as Singaporean and Hong Kong investors shook off concerns over Britain's impending departure from the European Union.

In the nine months to Sept 30, the S&P Reit Index lost 1.2 per cent, although one-year returns were still positive at 6.56 per cent.

Relative to the wider Singapore stock market (the main Straits Times Index returned minus 10 per cent in the same period), S-Reit performance has been positive.